Under Section 10A of the Bail Act, if you are arrested for certain South Australian criminal offences, you become a prescribed applicant for the purpose of a bail application.

What is a prescribed applicant?

Generally, an arrested person is entitled to a presumption of bail in their favour. This means that the prosecution must show the court that you are an unsafe bail risk. If the prosecution cannot satisfy the court of this threshold, then you will be released on a bail agreement.

However, if you are a prescribed applicant, then the position is reversed. You are not entitled to the presumption of bail. Rather, there is a presumption against you receiving bail. This presumption requires you to show the court that there are special circumstances justifying your release. Unless the court is satisfied that there are special circumstances that justify your release, bail will be refused and you will be remanded into custody. 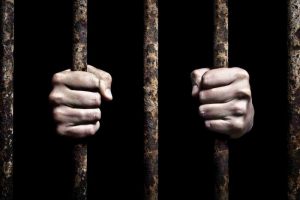 What makes you a prescribed applicant?

Some of the charges that will put you into this category include:

What are special circumstances?

What could amount to special circumstances is difficult to define exactly. This is because the Supreme Court have decided that they should be interpreted widely and flexibly, and, whilst the accused person does not have the presumption of bail, special circumstances should be interpreted through the ‘lens’ of the presumption of innocence, which anyone accused of a crime has in their favour.

For that reason, it is extremely hard to create an exhaustive list of what could amount to special circumstances. Each case will be unique, and can therefore have circumstances that would not be encountered in other cases.

However, the Supreme Court has held that the general rule is if refusing bail would, in the special circumstances of the case, result in an unintended injustice being caused to the accused person.

If you, or someone you know, have been charged with an offence that has resulted in them needing a lawyer for a bail application, contact one of our expert lawyers today on 8342 4400.